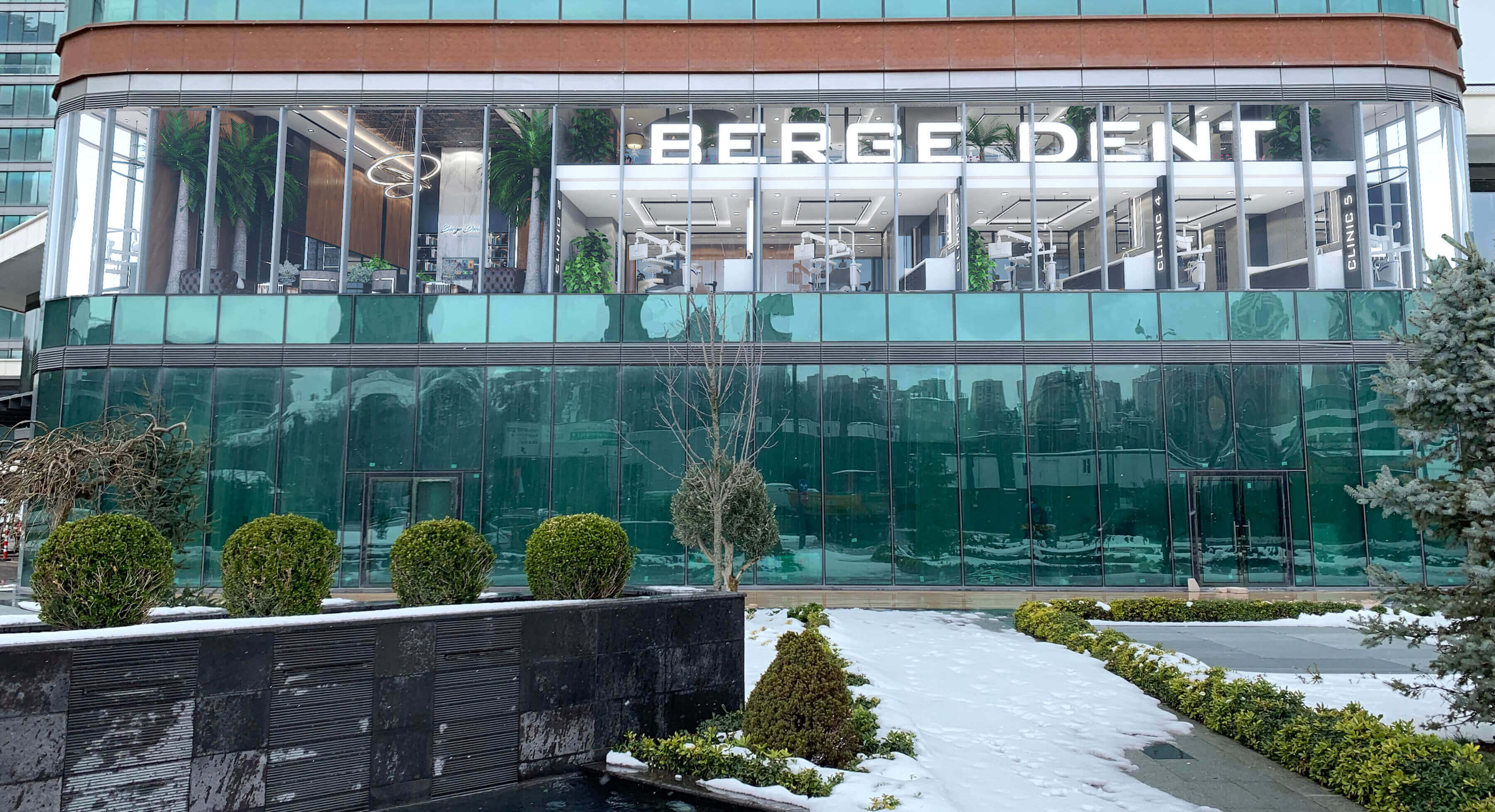 On the 30th anniversary of Bergedent Clinical establishment, as a largest contentful dentistry clinic in Turkey,  with its special architectural concept, its expert and experienced staff in all branches of dentistry, and its 650 m2 area, Vadistanbul branch is at your service as of August 2021.

The History of Bergedent Esthetic Dentistry and Implantology Clinic

BergeDent's door has opened by Behiç Berge in 1957, with the belief of respect for humanity and profession. It was institutionalized as a family business in 1993 under the leadership of  Dt.Tunç Berge.And continues its dentistry services with its clinic located in Ataköy Section 9. Today, BergeDent Clinic, which works with a boutique service approach in implantology and esthetic dentistry services, has achieved these successes with the principles of honesty and perfectionism.

BergeDent Clinic is in European and American standards in terms of both application subjects and materials and application techniques in aesthetic dentistry and implantology, and they continue to be one of the leading clinics in Turkey in many subjects.
Dt. Tunç Berge is one of the first dentists to start treatment applications with hard & soft tissue laser in Turkey. He studied at the College of Clinical Laser Dentistry of the American Las Vegas Institute, then completed the American Laser Dentistry proficiency certificate program and Genova University Laser Dentistry Fellowship program in 2013 In 2014, he completed his two-year Genova University laser dentistry master education and received his Master of Science diploma. In his clinic, he applies Er:YAG,Er,Cr:YSGG and 1064 Diode lasers and laser treatments in many areas of hard and soft tissue.

Dt. Tunç Berge focused his studies on these areas by making aesthetic dentistry and Implantology his main subject of study. Since 1996, they have participated in many international symposiums, congresses and post-graduate courses, especially in America and Europe, and have contributed to the development of aesthetic dentistry in Turkey by improving their knowledge and opinions.
He has become one of the leading names in this field of aesthetic dentistry in Turkey with Porcelain Laminate Veneers, which he started to produce in his clinic in 1996. Since 1997, he has received training on Implant surgery and Implant superstructure prostheses, both by attending private courses and working with foreign colleagues in private clinics, especially in important centers in Europe broadened his subjects. In 2014, he completed the Pisa University Dental Implant surgery premaster program and started to do Implant surgery master's in the surgery department of Rome Guglielmo Marconi University.
For more information about Dt. Tunç Berge,MSc click here... 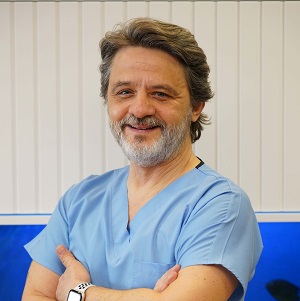 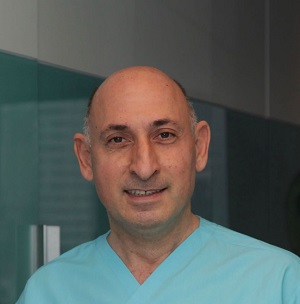 He was born in Istanbul in 1965. He graduated from Beyoğlu Atatürk High School in 1982 and in 1988. He graduated from Istanbul University Faculty of Dentistry. Sezer Dental Polyclinic in Şişli between 1988 -1996, Baghdad 1996-2014 It has processed the special feature on the street. He has been working in a private polyclinic since 2014. In 1995, he completed the Ceramco porcelain laminate course and the Dentsply Implantology course. After completing the Laser Dentistry Scholarship course at the University of Genova in 2012, 2014-2015 Postgraduate in Oral Implantology at the University of Rome Guglielmo Marconi from Death he got his diploma. He has participated in international national and international congresses and symposiums. Istanbul Institute of Dentistry The association also did it for 2 years. He speaks English and Arabic, is married and has 2 children. 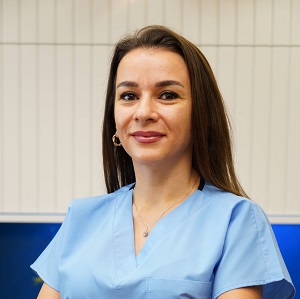 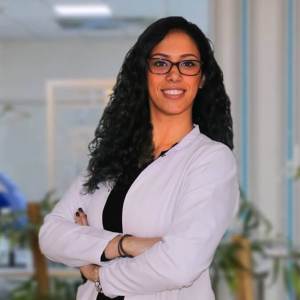 Dt. Merve Sadak was born in Kahramanmaraş in 1991. She completed his primary and secondary education in Mersin, and then continued her education there by winning İçel Anatolian High School. She won the Istanbul University Faculty of Dentistry in 2010 and graduated in 2016. She contributed to various researches especially in the field of crown-bridge during her student years, and after graduating, she improved herself by participating in the trainings organized by the Turkish Dentists Association and the Istanbul Chamber of Dentists, primarily in the surgical and prosthetic fields. Speaks English and Korean at a good level and is a mother of a daughter. 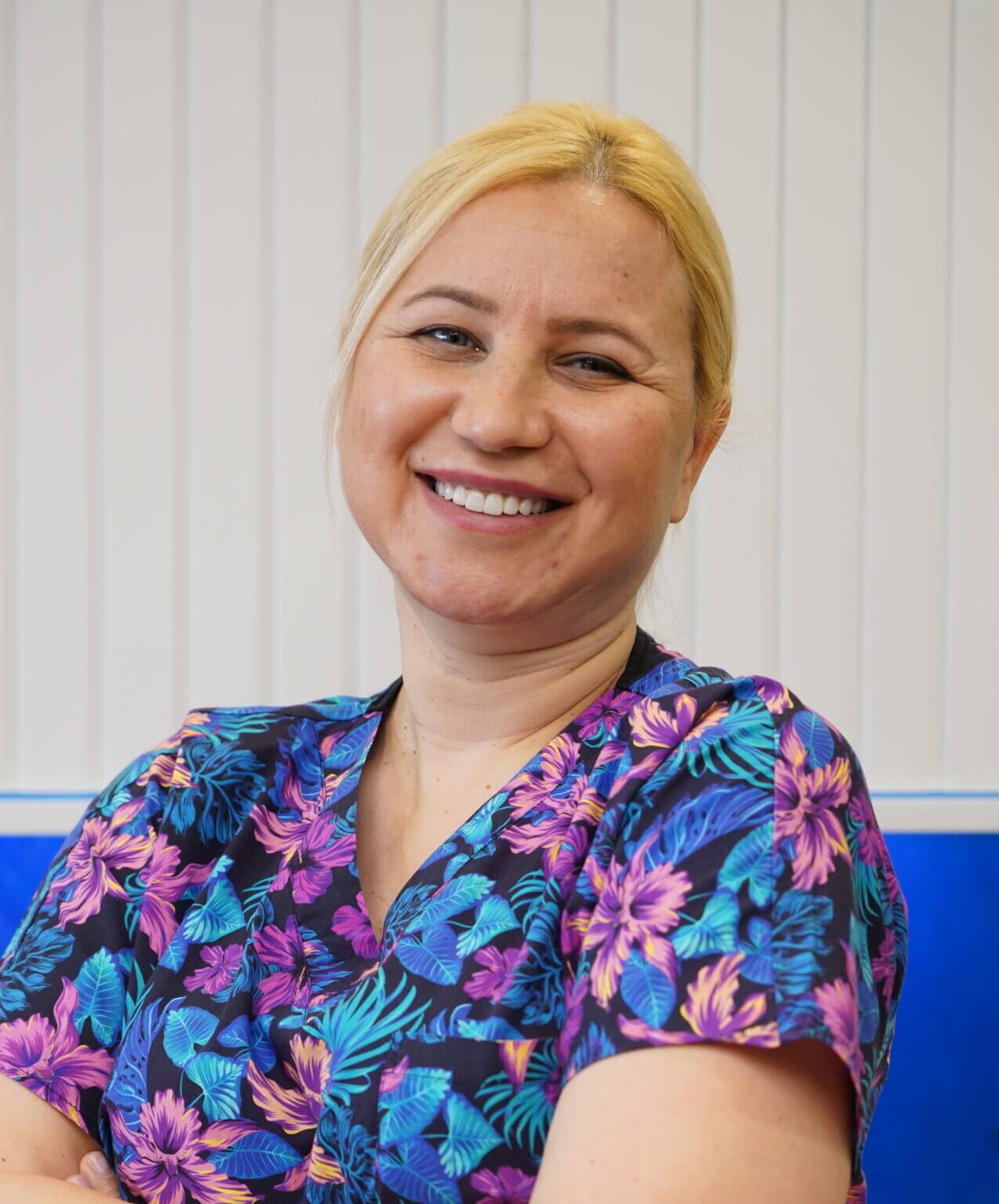 Mrs.Ercan was born in 1972 in Istanbul. She has worked as a dental assistant in various clinics and hospitals since 1995. She has been working as the chief assistant of Bergedent Clinic since 2007. Married and has 2 children. 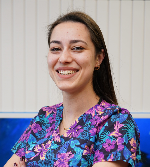 Mrs.Lara was born in 1993 in Istanbul. She has been working as a dental assistant since the beginning of 2014 at Bergedent Esthetic Dentistry and Implantology. 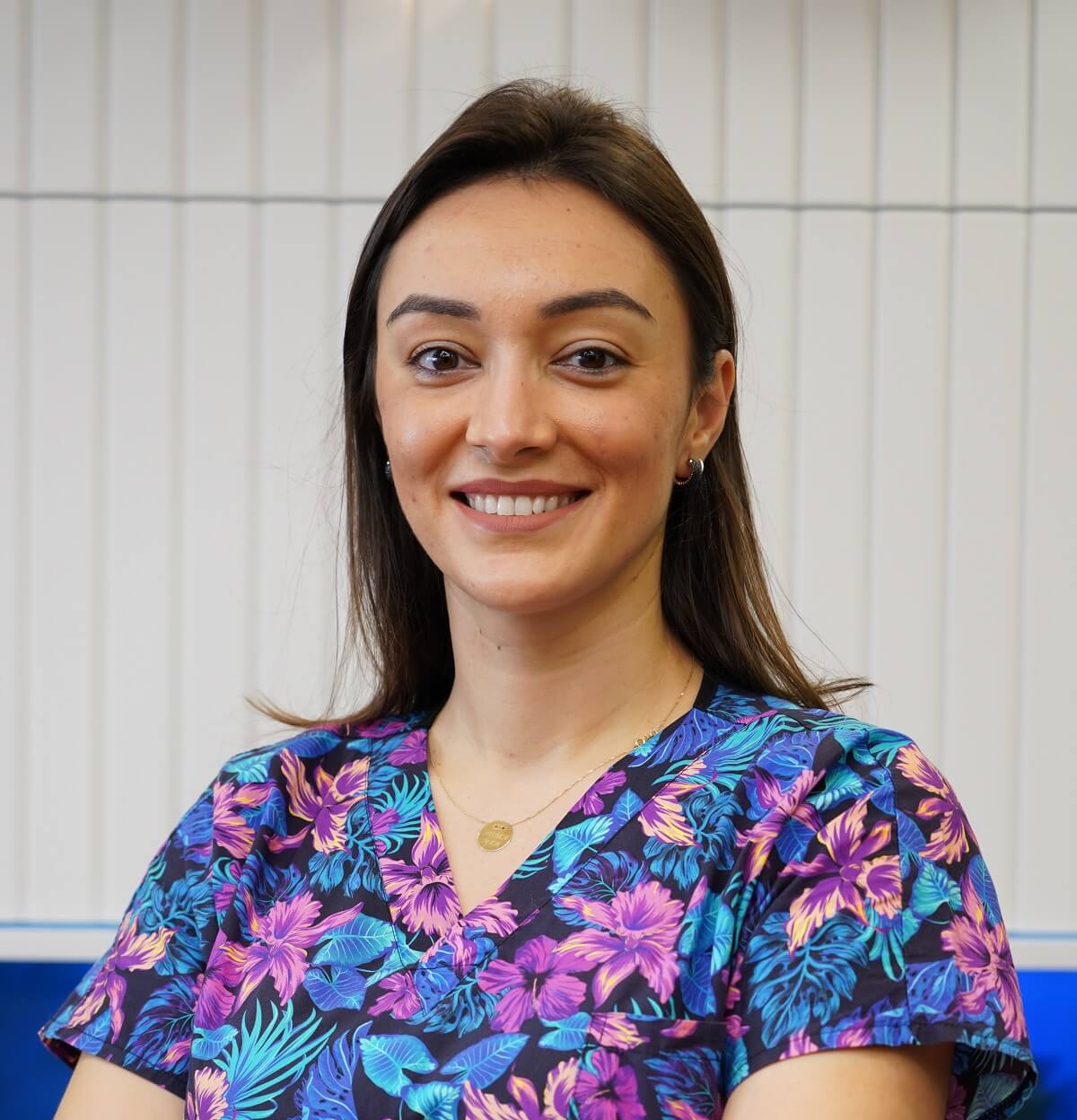 Mrs. Aydin was born in 1985 in Bulgaria. Continues to serve as the Bergedent Atakoy Clinic secretary.since 2017